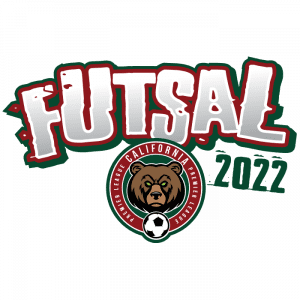 · Duties: Enforce the laws, apply the advantage rule, keep a record of all incidents before, during and after game, stop game when deemed necessary, caution or expel players guilty of misconduct, violent conduct or other ungentlemanly behavior, allow no others to enter the pitch, stop game to have injured players removed, signal for game to be restarted after every stoppage, decide that the ball meets with the stipulated requirements.
· Position: The side opposite to the player benches
· Power Unique to Main Referee: Can overrule Assistant Referee’s calls.

· Duties: Start game clock after kick-off, stop it when the ball is out of play, and restart it after all restarts; keep a check on 2-minute punishment for sending off; indicate end of first half and match with some sort of sound; record time-outs and fouls (and indicate when a team has exceeded the 5-foul limit); record game stoppages, scorers, players cautioned and sent off, and other information relevant to the game.

LAW VI – Duration of the Game

· Duration: Two equal periods of 20 minutes; clock stopped whenever ball is out of play. Time can be prolonged only to take a penalty kick.
· Time-outs: 1 per team per half; none in extra time
· Half-time: Maximum of 15 minutes

LAW VI – The Start of Play

Procedure: Coin toss followed by kickoff; opposing team waits outside center circle; ball deemed in play once it has been touched; the kicker shall not touch ball before someone else touches it; ensuing kick-offs taken after goals scored and at start of second half.

LAW VII – Ball in and out of Play

· Ball out of play: When it has wholly crossed the goal line or touchline; when the game has been stopped by a referee
· Lines: Touchlines and goal lines are considered inside the playing area.

When the whole of the ball has passed over the goal line, between the goal posts and under the crossbar (except by illegal means).

Indirect free kick awarded when any of the following 8 offenses is committed (kick taken from the 6-meter line when infringement takes place in penalty area):

· dangerous play (e.g. attempting to kick ball held by goalkeeper)
· obstruction
· charging the goalkeeper in the penalty area (i.e., goalkeeper charge)
· goalkeeper throws ball directly over the halfway-line (without it first touching his own side of the pitch or any player)
· goalkeeper picks up or touches with his hands a back pass
· goalkeeper picks up or touches with his hands a kick-in from a teammate
· goalkeeper controls the ball with any part of his body for more than 4 seconds
· goalkeeper touches with any part of his body a back pass that has been played back to him before the ball has (1) crossed the halfway-line or (2) been touched by an opponent Players shall be cautioned (i.e., shown yellow card) when:
· a substituting player enters the pitch from an incorrect position or before the player he is substituting has entirely left the pitch
· he persistently infringes the Laws of the Game
· he shows dissent with any decision of the referee
· he is guilty of ungentlemanly conduct

These 4 yellow-card offenses are punishable by an indirect free kick taken from the point of infringement (or from the 6-meter line when the infringement takes place in penalty area).

Direct free kicks (or penalty kicks) accompany the expulsion for (a), (b), (e) and (f); indirect free kicks, for (c) and (d) (from the 6-meter line when the infringement takes place in the penalty area).

Rules of Expulsion:
· The player sent off (shown a red card) is out for the rest of the game and is not even permitted to sit on the reserves’ bench.
· The team of the player sent off can substitute for that player after 2 minutes of playing time or after the opposing team scores — whichever comes first.
· The 2-minute punishment shall be checked by the timekeeper (or by the assistant referee, if there is no timekeeper).
· The substitute cannot come on until the ball is out of play and he has a referee’s consent.

· Types: Direct free kicks and indirect free kicks
· Wall: At least 5 meters away until the ball is in play
· Ball in Play: After it has traveled the distance of its own circumference
· Time Limit: Kick must be taken within 4 seconds
· Restriction: Kicker cannot touch the ball again until it has been touched by another player

Accumulated fouls refer only to all the fouls mentioned in Law XII (a through k(1 to 11).
Once a team has accumulated 5 fouls during a half (those accumulated in the second half continue to accumulate into extra time), from the 6th foul:

· that team shall not be allowed a defensive wall
· all free kicks shall be direct (no indirect free kicks)
· infringements committed within 12 meters of the goal line shall be punished with a direct free taken from the point of infringement or from the second penalty spot; infringements committed from12 meters or further from the goal line shall be punished with a direct free kick from the Second Penalty Spot Procedure:· Until the ball is kicked into play, all players other than the goalkeeper and kicker shall remain behind an imaginary line that is in line with the ball and parallel to the goal line.
· The goalkeeper shall remain in his penalty area at least 5 m away from the ball.
· The kicker must aim at the goal, with the intention of scoring.
· No other player may touch the ball until it has been touched by the pitch, rebounded from the goal post or crossbar, or has left the pitch.
· If the infringement took place in penalty area (and does not merit a penalty kick), the free kick is to be taken from the 6-m-line on the spot nearest to where the infringement occurred.

· To be taken from the penalty mark on the mid-point of the 6-m-line.
· The kicker is to aim at goal, with the intention of scoring.
· All players must be out of the penalty area, and the players of the opposing team must also be at least 5 m from the penalty spot.
· The kicker shall not play the ball a second time until it has been touched by another player.

· To be taken in place of the throw-in.
· The ball is placed on the touch line before kicking.
· The kicker’s foot not kicking the ball must be outside or at least on the touchline; if it crosses the touch line all of the way, into the pitch, the kick-in is given to the opposing team.
· The kick-in must be taken within 4 seconds; if it is not, the kick-in is given to the opposing team.
· The kicker cannot play the ball a second time until it has been played by another player; infringement of this rule entail an indirect free kick to the opposing from the point of infringement.
· Players on opposing team must be at least 5 m away from point of kick-in.
· Cannot score directly from a kick-in.

· Ball placed on the corner (no corner-kick arc). If ball is misplaced, the corner kick is taken over.
· Must be taken within 4 seconds; failure to do so entails indirect free kick to the opposing team from the corner mark.
· The kicker cannot play the ball a second time until it has been played by another player; infringement of this rule entail an indirect free kick to the opposing from the point of infringement.
· Players on opposing team must be at least 5 m away from point of the corner kick.
· Can score goal directly from a corner kick.
Annex 1 – Penalty Kick Shoot-out
· Main referee decides goal to be used.
· Coin tossed to decide order.
· Five kicks to be taken by 5 different players selected from the 12 suited players. Captain of each team announces these 5 tothe main referee before the kicks are taken.
· If two teams are still tied after 5 kicks, the additional kicks will be taken on a sudden-death basis by the rest of the playerswho have not kicked yet.
· Players sent off during the match are not eligible to take these kicks.
· Any eligible player may change places with his goalkeeper.
· While the penalty shoot-out is in progress, players will remain on the opposite half of the pitch. The assistant referee shall control this area.