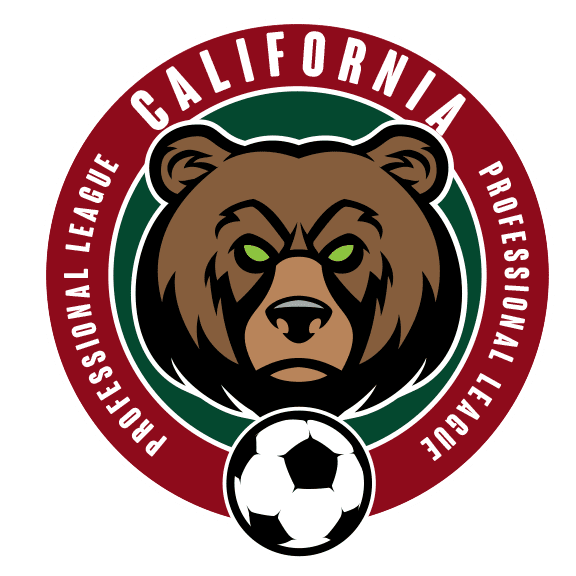 California Premier League (CPL) games shall be conducted in accordance with the current FIFA Laws of the Game, with the following exceptions and clarifications:

1. Coaches, officials and spectators shall not enter the field of play unless requested by the referee.

2. Except for small-sided games (Article I.H), a scheduled game shall not commence nor be continued unless both teams can field at least seven eligible players.

B. DURATION OF GAMES

1. Games shall not to exceed the following maximum durations:

2. Quarter periods shall be a minimum of three minutes and a maximum of five minutes as designated by the referee.

3. Where necessary due to scheduling time constraints, the duration of playing periods is to be reduced by an equal amount to allow for substitution.

1. All eligible team members in attendance at CPL games must play at least half of the game, excluding overtime. Such participation is controlled as follows:

a. The referee shall permit substitution. This normally occurs during a regular stoppage in play, and the game is resumed with the appropriate restart (i.e. throw-in, goal kick, corner kick, kick-off, free kick, penalty kick or dropped ball). On occasion the referee may need to stop play for substitution while the ball is in play, in which case the game is resumed with a dropped ball.

b. Substitutions may also be made at half-time and at the start of any overtime periods.

c. When the referee signals for substitution, the coaches should have all substitutes entering the game immediately report to the referee or the designated assistant referees, who shall note on the lineup cards those team members substituting.

e. The referee shall allow for any time lost due to substitution or other cause by stopping his/her watch or adding playing time.

a. If a player is injured, the coach may provide a substitute for the player, in which case the injured player may not return until allowed by the referee.

b. The coach may choose to not substitute and “play short” thereby allowing the injured player to return to the game when “waived-on” by the referee.

c. The player must receive a signal from the referee in order to return to the game.

3. Signed lineup cards (Game Rosters) must be completed by the referee and forwarded to his/her league designee.

1. Referees shall officiate in accordance with the CPL Rules & Regulations (the rules of competition), and the FIFA Laws of the Game.

3. The Laws of the Game are intended to provide that games should be played with as little interference as possible, and in this view it is the duty of referees to penalize only deliberate breaches of the Law. Constant whistling for trifling and doubtful breaches produces bad feeling and loss of temper on the part of the players and spoils the pleasure of spectators.

E. DUTIES AND RESPONSIBILITIES OF COACHES, REFEREES, OFFICIALS, OTHER VOLUNTEERS, SPECTATORS, TEAM MEMBERS AND OTHER PARTICIPANTS

1. It shall be the duty of each coach, referee, official, other volunteer, spectator, team member and other participant to:

a. Conduct himself/herself in a manner becoming a member of CPL and consistent with the CPL philosophies and the highest standards of conduct.

b. Comply with and promote compliance with the Bylaws, Rules & Regulations and policies, including those related to registration, certification and training.

d. Prohibit and abstain from making negative comments and complaints
about officiating.

e. Present a healthy and safe athletic environment for team members,
including but not limited to, by not consuming alcoholic beverages, using tobacco products or smoking or simulating smoking or the use of tobacco products during practices or games or in the immediate vicinity of the soccer fields.

2. It shall also be the duty of each coach to:

a. Be trained consistent with the Cal South Coaching Education Program found at: http://www.calsouth.com/en/coaching-ed/

b. Remain within the coaches’ area during the game; a maximum of two coaches is permitted for each team.

c. Limit his/her sideline participation during CPL games to comments that are positive, instructional, and/or encouraging.

d. Upon team formation, and during all subsequent team gatherings, practices, scrimmages, and games, have in his/her possession all forms, rosters, waivers.

Ball size for each division shall be as follows:

1. The dimensions and markings of the field of play and goals shall be at the discretion of the CPL and, whenever possible, conform to the FIFA Laws of the Game or to CPL small-sided game requirements.

2. A coaches’ area extending ten yards on each side of the halfway line shall be marked by two lines off the field of play and perpendicular to the touch line.

4. Spectators shall not be allowed behind the goal lines, with the exception of photographers who have received authorization from the referee, and who must remain quiet and sufficiently back from the goal lines.

1. It is strongly recommended that 2014 (U6) through 2012 (U8) divisions play small-sided games, conducted in accordance with the current FIFA Laws of the Game as modified by the CPL Rules & Regulations and the age appropriate CPL Coaching Manual.

2. Small-sided games are permitted for all divisions.

A. Team names shall bear no resemblance to a religion, race, ethnicity or nationality.

B. Teams shall participate only in games approved by the CPL.

D. The maximum number of team members listed may be increased with approval of the CPL, but no more than would allow each team member to play at least half of each game.

A. The standard age divisions for the Boys and Girls programs are as follows:

B. The effective date of age determination shall be the registrant’s age as of January 1st immediately prior to the start of the  membership year as defined on the Cal South Age Matrix. Registrants who have reached the age of four years as of this date are eligible to participate in the program.

1. The CPL may allow registration and participation of children who have reached the age of four, upon approval by the CPL Director, the as of the date of the first organized activity (camp, practice or game) in any season, split season or sub-season.

C. U6 and under are primarily for the introduction of soccer skills.

E. No potential team member may register without the written consent of his/
her parent or guardian.

F. The team coach is responsible for assuring the eligibility of all team members on teams. Upon request of the CPL, a team member must present his/her birth certificate or other legal proof of age.

G. An individual team member is limited to one CPL primary season team.

H. Boys and girls may play on the same teams where there is an insufficient number of registrants to establish separate teams with reasonable applications. It is strongly recommended, however, that separate boys and girls teams be instituted and maintained wherever possible.

A team member may transfer from one team to another, after the following four conditions have been met:

A. Approval of both coaches of the teams involved
B. Approval of team member and parent/guardian
C. Approval of CPL Director
D. $10 Transfer fee is paid to the CPL

The period of official membership shall be from January 1st through the following December 31st each year.

A. Each team members to wear a matching team uniform consisting of a jersey, shorts and socks. Such uniform shall be properly marked with the CPL Traditional logo.

C. CPL Traditional logo must have a prominent appearance on the uniform.

D. No person may use any of the CPL trade names, trademarks or logos for
any use other than CPL-authorized activities without the prior written consent of the CPL. This includes having the CPL Traditional logo stamped on soccer balls, soccer shoes or other equipment, or used in association with
the products or services of any person.

E. Regulation soccer shoes, gym shoes, or sneakers (with or without cleats) are permissible in all CPL competitions subject to the referee’s approval regarding their safety.

F. Team members must wear shin guards that provide a reasonable degree of protection, and that are completely covered by their socks, to participate in any practice or game.

All incidents, injuries or property damage involving a CPL participant or occurring at an CPL event shall be reported to the CPL immediately after incident (Same day).